Notes for Karpacz: Is Central Europe (or Perhaps Central-Europeism) a Meaningful Concept?

Many thanks for organizing this special session and for giving me the floor. I feel obliged to say that even though I consider myself and my country to be part of Central Europe, I know that saying so is a rather problematic statement.

Let me start by quoting the words devoted to this session in the program of the Forum, which we received in advance: “it is our duty to build one´s own identity and defend one´s own interests”. This is an excellent starting point. Nevertheless, our main identity (at least for most of us) is associated with the nation and its state – not with collectivities of nations or with supranational entities, such as the European Union. As I see it, however, Central Europe is not seeking to become a supranational entity.

Remarks on the 31st Economic Forum in Karpacz, Poland: The Future Has Already Begun

When looking one year back, I see three main new developments:

1. The EU-induced Green Deal has begun to be felt by millions of our fellow citizens. Its very painful consequences have manifested themselves in the form of disruptions of the European energy markets and in the subsequent distortions of our economies, of our living standards and of our social systems;

Sectoral Tax Leads to Dangerous Disruption of the Economic System

The citizens of the Czech Republic have found themselves, somewhat surprisingly, in a difficult and very frustrating economic situation. The country has, for many years, "invested" in inflation and the result is that it currently exceeds horrifying 17 %. No one among the living has ever personally experienced such a high inflation rate.

This not the first time that Václav Klaus’ astute observations and experience-based predictions turn out to be shockingly accurate years later, and I’m pretty confident it will not be the last. Even before the examples that follow and that he clearly laid out in his address at the Marmara Forum, the former President of the Czech Republic has repeatedly proven to be quite prophetic in his assessment of the future.

Today’s Threats to Energy Security: Are They Surprising?

I am afraid that – unintentionally and not to my great joy – I will play the role of an iconoclast here today. My country, the Czech Republic, is “a net energy importing country” which more or less predetermines our position. We have coal mines and nuclear power plants (and are not ready to give them up). Until now, we have had an electric energy surplus. By contrast, we practically fully import oil and natural gas, mostly from the East – 50 % of oil and 96.5 % of gas from Russia and 16 % of oil from Azerbaijan (plus 18 % from Kazakhstan). 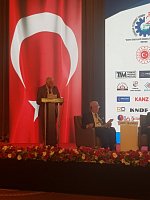 The times they are a changin’, as Bob Dylan sang almost sixty years ago. I was here last time in April 2015, seven years ago. The world was different then in many aspects.

Isn't the Absence of a Serious Debate about the Ukraine War a Manifestation of the Czech Bad Conscience?

Our media debate on the Ukraine war is rather flat compared to the much richer debate in Western Europe. The dispute is not – because it cannot be – who the aggressor is. There is certainly no question about it. The aggressor is Russia. Yet, some of our extremely irresponsible political activists, including the President of the Constitutional Court of the Czech Republic, accuse their political opponents of being unclear, if not intentionally or vague about it. This is, of course, a lie, or in modern terms, disinformation.

Are the Challenges Conservatism is Facing in the Era of Ever Stronger Progressivism Manageable? 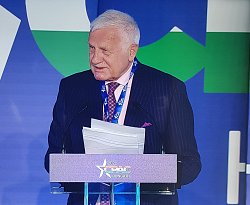 It is great that we, defenders, advocates and exponents of conservatism, can meet in the beautiful city of Budapest and – what is not less important – meet without masks, face to face, not by means of Zoom, Skype or similar platforms, as it used to be the case in the last two Covid years.

Mass Migration Always Has Unpleasant Consequences – Do We Know That?

Ukrainians in their hundreds of thousands, or rather millions, are seeking refuge from war abroad, in huge numbers also on our territory. Our still-lasting memories of the Soviet invasion and occupation more than fifty years ago, the authentic feelings of compassion and solidarity with those suffering, but also fears of a possible escalation of the war, have given rise to an unprecedented degree of sympathy for refugees from this war-torn country. Russian aggression against Ukraine has been resolutely dismissed by a significant majority of our fellow citizens, even by those who are otherwise very sensitive to propaganda slogans and black and white perception of the world.

Can an Excess of Information Lead to the Destruction of Thinking?

I often cannot believe my eyes (and ears) these days what nonsense I hear. Especially in the state-funded media and on social networks. This phenomenon is usually explained by referring to lack of good education, to superficial way of thinking, to mental laziness, to carelessness, to belief in false ideologies, to being "led astray" by so-called disinformation. However, none of this tells us why it is so, why it is now reaching a completely different dimension than before, and why it is impossible to explain the absurdity of such views to their proponents.