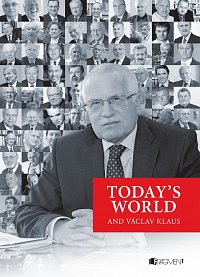 Jiří Weigl: The book and the honoree

The book before you is no ordinary collection of texts by numerous authors on a common subject or problem. The foreign and Czech contributors and their texts are united not by a theme, but by a person – Václav Klaus, the President of the Czech Republic. This book is a gift to mark his 70th birthday, which he celebrated on 19 June 2011.

It is a Festschrift, a German term absorbed by other Western languages for a book honouring a respected person, which we might translate as a celebratory or commemorative piece of writing.

The content of this Festschrift is not confined to birthday congratulations from political, academic and media celebrities, as has become the norm in similar circumstances.

Václav Klaus is a rather unique character in Czech public life. He has been the most outstanding figure in Czech politics from 1989 to the present, an author and implementer of successful economic transition, a long-serving prime minister, chairman of the Chamber of Deputies and ultimately the head of state, playing a hand in all major historical events in the Czech Republic in the past two decades. More than that, Václav Klaus has always been a supporter, standard-bearer and harbinger of strong and consistent ideas and views on the problems of today, and an intellectual and academic weighing in heavily on public debates on key contemporary issues in the Czech Republic and the world. Firmly and unmistakably grounded in his views, his practical steps and publicly-held opinions are built on a solid ideological foundation. He views practical politics as the permanent defence of this ideological foundation and as a legitimate open and democratic platform for the dispute of opposing views.

This Festschrift is centred around Václav Klaus, yet comprises a set of texts on diverse subjects by several dozen foreign and Czech figures whom Václav Klaus has met over the course of his public career and whom he holds in high esteem. Their texts are not primarily about the honoree, but, first and foremost, about the ideas and topics that the authors share with him. This book offers an overview of Václav Klaus’s enduring pursuits, written by figures from science, politics and public life who have inspired him and those who have been impressed or influenced by his positions, beliefs and activity in the public domain.

The centre of Václav Klaus’s intellectual world is occupied by the free citizen as the essence of social and economic relations. The defence, protection and safeguarding of such freedom in the full diversity of the world today is the intellectual driver behind Václav Klaus’s activities as a politician, economist and public figure at home and abroad. Václav Klaus’s sharp insight in these areas can be traced back to the Communist era, a time of the forced monopoly of utopian collectivist ideology grounded in the suppression of human freedom in the name of ostensibly  higher social goals justified by “science”, of which he has been an emphatic critic, dating as far back as the 1960s. In his criticism of collectivism then and now, in its more modern forms, he draws on an ideological backdrop provided by Hayek and Schumpeter. As a theoretical economist, he is primarily anchored in the Austrian and Chicago schools of economic thought, although that has never prevented him from carefully studying theory from the opposite pole of the ideological spectrum, no matter where it has been published, and delivering his own critique on it.

Václav Klaus is a liberal economist who views the free market as a fundamental prerequisite for economic prosperity on both a national and international scale. He does not believe in theories that, in a Marxist, Keynesian or trendy environmentalist or Europeanist spirit, choke the market and citizens or keep them under the thumb of pervasive state regulation. He advocates a free market economy unhindered by fashionable artificial attributes, e.g. social, social-market, knowledge-based and other similar that merely mask the restriction of civil and economic freedom.

This was the ideological anchor of his concept of Czech economic transition in the first half of the 1990s, which he managed to push through politically, garner public support for and put into practice. The same logic of reasoning enabled him to recognize from the outset the fundamental transformation of post-Maastricht European integration, veering away from the originally liberal concept of international cooperation between Member States towards a bureaucratic super-state out of touch with its citizens and democracy, anxious to regulate all areas of society and centralize the continent artificially.

Václav Klaus takes the view that trendy, seemingly apolitical environmental theories which aggressively seek to enforce a highly non-liberal world order under the pretext of protecting nature, the planet and the climate, dictating to states and individuals how they should and must live in the interest of pursuing supposedly higher goals, pose a fundamental threat to human freedom.

Economic reform and transformation, the course of European integration and the fight against environmentalism and climate alarmism are the main topics which have come to identify Václav Klaus here and on the international scene as a respected figure of public controversy. His opinions are neither whimsical nor politically calculated, but are sharp and strong, chasing the substance of the problem rather than straying into the comfort zones of conflictlessness and the hypocrisy of political correctness. He has never been afraid to hold a minority view as, for him, principle triumphs over popularity. With hindsight, history has often shown him to be right in matters such as the true consequences of transition, the current EU crisis, or the emerging disillusionment with climate utopia.

In his outlook on society, Václav Klaus is a supporter of conservative values. He believes in the natural order of things and in the rational behaviour of the free individual. He rejects the proud ambitions of leftist intellectuals to mould the world according to their own ideas, which they seek to impose on others. For him, the standard family and nation are the natural environment in which human and social life is played out. He rejects the breakdown of the family and everything that encourages this, along with artificial internationalism or Europeanism, and multiculturalism.

A natural part of the Václav Klaus’s ideological world is patriotism, a position now often derided or dismissed and falsely equated with nationalism. He refuses to shoulder the complex of a citizen of a small nation destined to cringe before the powerful of the world, striving only to flatter and please them, which is, regrettably, a very common phenomenon among certain past and present Czech politicians. The major themes of Václav Klaus’s political and public activities are defined by his pride in his nation, his defence of its interests in the world, and his commitment to hand over our country, indebted to our forefathers for winning its independence, to future generations. His often unjustly caricatured statement about “not being dissolved in Europe like a sugar cube in a cup of coffee” carries deeper significance and seriousness than many dare to admit today.

In many respects, however, his thoughts and actions are alien to Czech tradition – he could not be farther from the profaned Schweik-like approach of “take it easy”, the idyll of the local pub and the escapism of retreating to one’s cottage in the country. The example he tries to set for those around him is one of hard and rigorous everyday work, education and study, and the ability and effort to make productive use of every minute.

For more than 20 years, Václav Klaus has been the most outstanding figure in Czech politics with his ability to give it substance; he is a man who raises issues, persuades, inspires and provokes. He is a statesman whose charisma, political skills, and intellectual prowess make him a president who wields his authority in a manner traditionally expected of a head of state.